With a dream of transforming India from a cricket crazy nation to a multi-sport nation, Priyanka loves to write about upcoming sports talent. After picking up sports journalism lessons from NDTV and Times of India she is now working as a senior correspondent for the ‘world’s youngest online sports magazine’ tadpoles.in!

[This profile was originally published in the online youth magazine tadpoles.in. The original post and video can be accessed here.]

Raspreet Sidhu remembers the prophetic words of Arnold Henry whenever she enters the court: Your limits are somewhere up there, waiting for you to reach beyond.

Sidhu, a key member of the Indian women basketball team, plays for the flag, not for the cheers or jeers, or prizes.

In cricket-crazy India, there is little cash in basketball.

“The Indian flag is my pride and as long as I play for the flag I am fine. Its just that somehow the biased nature of the country disheartens me,” she told tadpoles.

Sidhu started when she was 7 years old, first coached by one VP Narula who convinced her parents to send her for basketball games in the school.

Narula still remembers that day. “She is one of the best basketball players a country can ever have. She is dedicated and disciplined and she thinks of the game 24X7.”

But she never neglected her studies, picking up brilliant marks throughout.

“That’s her brilliance. She is a great basket ball player, supremely fit but also a bright student,” adds Narula.

Sidhu knows how difficult it is for a girl in India to make a career in sports. 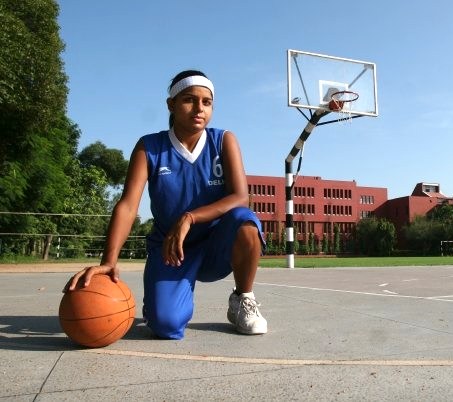 “I have seen lot of girls going through trouble while selecting unpopular sport as the career option in India. Thankfully, I did not face any such problem, my parents were supportive.”

“Many of my seniors drifted away from court because they could not see any future in this game.”

She remembers an incident.

India had won its maiden gold in Asia Cup but not a soul was interested in India to know their victory. She was shocked, stunned. “Not even a single article was published. No one came at the airport, no cameras, no headlines.”

Her determination to pick up more medals grew manifold after that shocker. 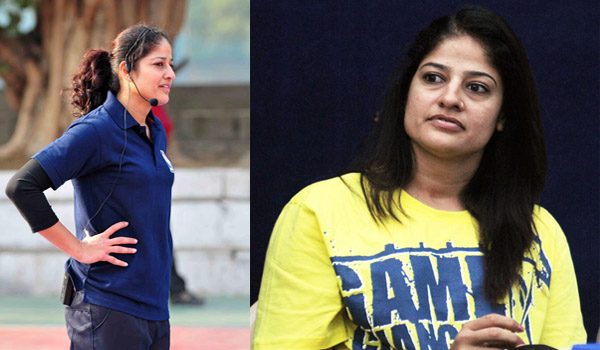 “I have played with her, 7 years in Delhi team and 2 years in National team. She will not lose hope till the last minute. In one game we were behind from 3 points and all of us lost hope. She was the only one hopeful. Six seconds were left and in the last second she scored the basket to level the score. She is always positive.”

She remembers how once a kid asked her how come she was not as famous as Sachin Tendulkar.

Sidhu smiled, knowing very well who to blame for the answer.

On day four of the William Jones Cup, the Indian men’s basketball team lost 44-88 to Iran’s national team. India had fewer turnovers than Iran, but were outrebounded 51-26. Forward Prasanna Venkatesh Sivakumar posted 12 points and 6 rebounds. Next up, the Indian men play Lithuania on 19th July at 1300 hrs CST (1030 IST). […]

India finish 4th at the BRICS Games 2017, after losing to Russia and South Africa, concluding their exposure tournament in China. The team was lacking in size in the absence of star centre Amritpal Singh, which resulted in them being outrebounded by heavyweights Russia and China. Forwards Amjyot Singh Gill and Rikin Pethani performed consistently […]

CHENGDU, CHINA, 24 October 2015: The Indian Men’s Team had a successful day of qualifying games at the 3×3 PREMIER.EXE World Games 2015 taking place in Chengdu, China. The squad, comprising of guards Akilan Pari and Vinay Kaushik, and forwards Arvind Arumugam and Gurvinder Singh Gill, won both their qualifying games against Korea Jeonju […]

In this special India Basketball podcast, we preview India’s quarterfinal match vs Iran at the FIBA Asia Challenge 2016, that will be played on 16th September evening, from 7:30 pm onwards. The podcast was hosted by Team Ekalavyas’ Gopalakrishnan R & Vishnu Ravi Shankar, who also brought on board a special guest- former India Captain and […]